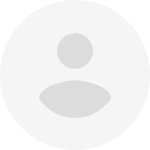 Close up shot of an African lions head...

Footage of a clock and its second hand passing by...

Close up of a human hand holding a smoking cigarette...

The circling around Kaaba

Bars and the censure sound

Close up shot of a candle burning, isolated on a black background...

4K footage of a person reading from an old Quran...

The circling around Kaaba

Footage of a one minute countdown with red numbers in the center on a black background, 25fps...

Close up shot of a clock and its seconds hand isolated on a black background showing the time passing...

A mans hands pulling up the knobs of an audio mixer in a studio...

A person raises hands towards the sky and makes a prayer, muslim prayer concept

Footage of a person leafing through a Quran...

A person is leafing through an old Quran...

Footage of a person leafing through an old Quran...

A wide angle shot of an audio mixer and a man putting it in demo mode, the knobs start to jump up and down simultaneously...

This is an emergency

Footage of a Quran lying on a table with reading glasses on it and a tasbeeh in the back, the shot is moving from the left to the right...

Close up footage of a bag of blood at the blood transfusion department, the shot is moving

Shot of a helicopter pilot and a copilot in the helicopter cockpit heading to the place of accident...

Footage of the center of a football stadium, the shot is moving away from the center...

Footage of a person taking potatoes from the ground at an organic farm and puts them into a crate, an agriculture concept

Footage of a Quran lying on a table with reading glasses on it and a tasbeeh in the back, the shot is moving from the right to the left...

Footage of a danger ahead traffic sign, the shot is coming into focus and goes again out of focus

Low angle shot of a make up palette and some brushes next to it, the shot is moving...

Aerial view of a group of people rafting on a river

Footage of filtering out the organic vinegar...

Slow motion, low angle and moving shot of a farmer planting carrot seed on his organic farm among spring onions

Footage of a person using a clapper board isolated on a black background...

Footage of a plumber working on a central heating system in a new home...

A satellite antenna at sunset searching for a channel...

Footage of sixteen blured lcds at a TV station...

Sarajevo, Bosnia and Herzegovina, 19th December, 2017 - The Sarajevo Philharmonic Orchestra having a birthday concert at a mall...

A person stitches the finger due to test the sugar value in the blood, isolated on white background...

Close up footage of a glass pitcher of a blender with some fruits in it being mixed together...